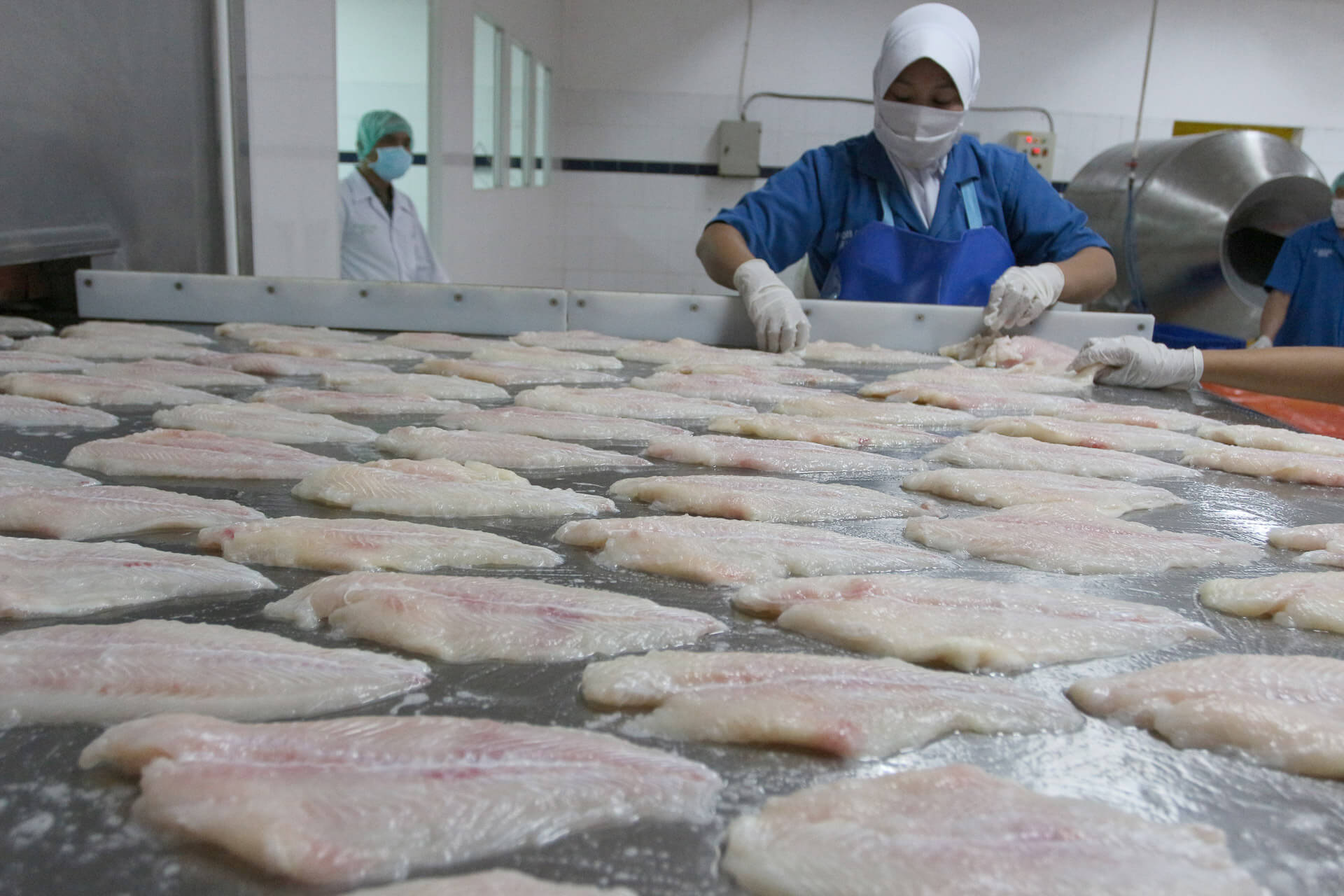 Seizing Export Opportunity
To seize these market opportunities, especially the export of pangasius to Saudi Arabia for of Hajj and Umrah consumption needs, the MMAF together with APCI, in coordination with the Ministry of Religion, the Ministry of Foreign Affairs, and the Ministry of Trade carries out the “Launching of Indonesia’s First Pangasius Export to the Kingdom of Saudi Arabia” in May 2019 at the Puspa Agro-Sidoarjo Quarantine Installation which will then be shipped through Port of Tanjung Perak, Surabaya.

The need for pangasius supply for Indonesian Hajj and Umrah pilgrims is estimated to reach 540 tons. In the first shipment, 3 containers (± 63 tons) will be shipped and the rest will be shipped in stages. Currently, APCI has prepared a supply of around 300 tons consisting of 150 tons portion cut and 150 tons fillet.